Graduating college is a major accomplishment for anyone, but one woman made her graduation day especially special when she was able to turn her tassel at the same time as her two grandsons.

“My grandchildren, my family, they’ve grown up watching my activity and they are going to learn and fight in life and overcome obstacles,” Salgado told the Miami Herald.

Rosa came to the United States from her native Columbia in 1995, and started in the college’s English for Academic Purposes program in 1996. Soon after, she became a full-time student.

Although she struggled with English, faced a lengthy commute, worked while attending school, and had to raise her grandchildren after an accident left her daughter in a coma, Rosa has never, ever given up. Despite all the adversity Rosa faced, she still maintained a 3.8 grade point average. “With the love of my husband and children and the support I found at the Wolfson Campus, I was able to achieve the distinct honor of graduating from this prestigious institution,” Salgado said to CBS Miami. Her perseverance made her an inspiration to many of the students taking classes alongside her. 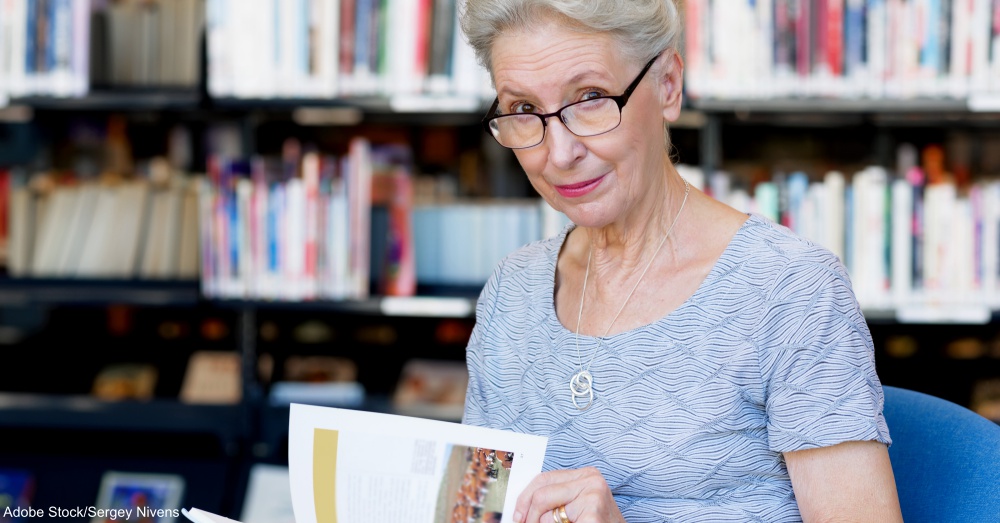 Rosa’s story is an inspiriting tale of what hard work, dedication, and a love of learning can do for people given the chance to learn. Salgado told CBS Miami, “I want the people to have this example to begin or to continue studying.”

You can help make Rosa’s dream of more people taking up academic studies a reality by donating to our Gift That Gives More, which gives books to U.S. children in need.

In the United States, the majority of children from low-income families have no age-appropriate books in their homes or classrooms.This Gift That Gives More gives ten children their first books, and the opportunity to discover a lifelong love of learning.