As one of the most profitable companies on the planet, Apple Inc. has a responsibility to treat employees fairly and justly. Sadly, his not always the case.

According to the New York Times, millions of iPhones, Air Buds, Mac laptops and other Apple products are helping the technology giant reach record profits while its workers barely make enough to survive.

“Workers assembling iPhones, iPads and other devices often labour in harsh conditions, according to employees inside those plants, worker advocates and documents published by companies themselves. Problems are as varied as onerous work environments and serious sometimes deadly safety problems,” NYT reports. “Employees work excessive overtime, in some cases seven days a week, and live in crowded dorms. Some say they stand so long that their legs swell until they can hardly walk. Under-age workers have helped build Apples products, and the company’s suppliers have improperly disposed of hazardous waste and falsified records, according to company reports and advocacy groups that, within China, are often considered reliable, independent monitors.”

Apple has been in the news continuously because some of its factories have been found to be utilizing child labor. As Business Insider reports, the company has continued to do business with some suppliers for years after learning they employ children.

In one factory, close to 50 children were found employed. Other workers are working 60+ hour weeks without any rest, Marketplace reports.

Apple has released statements saying it is committed to halting child labor, but it seems the problem is ongoing. Apple has skirted labor laws to cut costs in the past, Fortune reports, and it could easily happen again elsewhere in its supply chain. In the last few years, there have been multiple child worker deaths in the mining operations in the Democratic Republic of the Congo that supply Apple, Google, Tesla, and other tech companies with metals like cobalt, The Guardian reports.

According to the Wilson Center, “Of the 255,000 Congolese mining for cobalt, 40,000 are children, some as young as six years. Much of the work is informal small-scale mining in which laborers earn less than $2 per day while using their own tools, primarily their hands.”

Help us tell Apple to end its reliance on child labor for good. Click below to ask Apple’s CEO to stop child labor in ALL of the company’s operations. 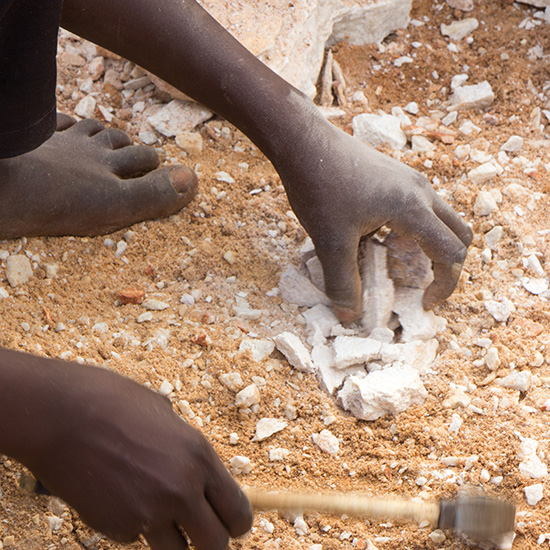 Apple is one of the most profitable companies on the planet, but employees in the factories that manufacture Apple products are not always treated fairly and justly.

The company has stated it is committed to halting child labor in its factories in the past, but children are still being put to work.

Sign the petition and tell Apple’s CEO to stop child labor in ALL of the company’s operations!