After Stealing A 20 lb Bag Of Dog Food, This Bear Decided He Needed A Nap In Someone’s Backyard

This guy I heard about, he went to the neighbor’s house, stole an entire week’s worth of meals, and devoured them on the spot.

Why? Well, he wasn’t drunk or desperate – he was just a bear!

Bears are known for their voracious appetites, which sometimes take them places we least expect to see them. Bob Cross was called by a neighbor, and when he went to investigate what kind of critter was causing the fuss, he discovered a huge bear.

“It was just sitting there on the ground and I could see it was eating something,” Cross told ABC News.

The bear dragged a 20 pound bag of dog food onto the lawn and feasted on it.

What do you do after a huge meal of mostly carbs? Well… 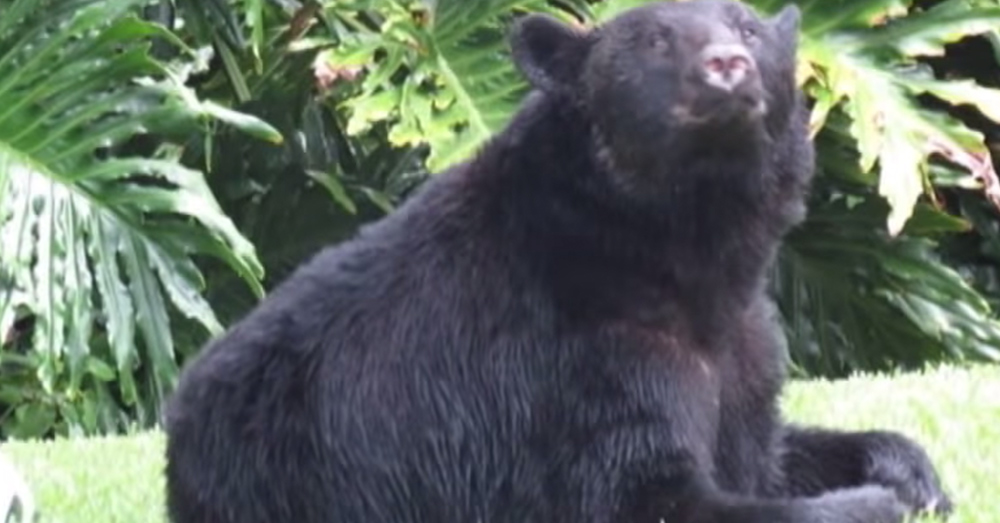 Source: YouTube/WFLA News Channel 8
What would you do if you saw this in your backyard?

“It laid all the way down and the thing just rolled right over. I thought, ‘You’ve got to be kidding me,’” Cross said. 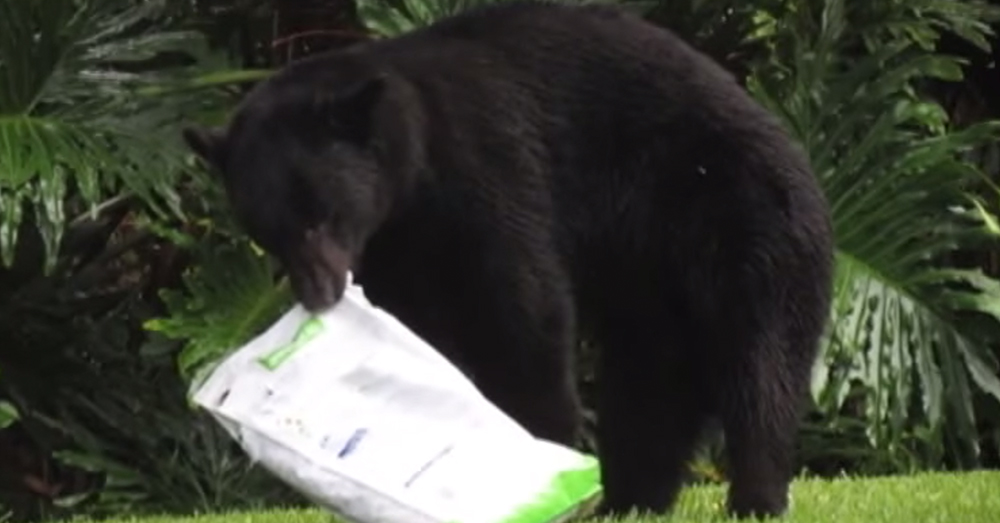 Luckily for us, Bob had the most important pieces of equipment for dealing with a large bear – common sense and a camera! He stayed back, used his zoom, and captured some of the most hilarious photos on the internet. 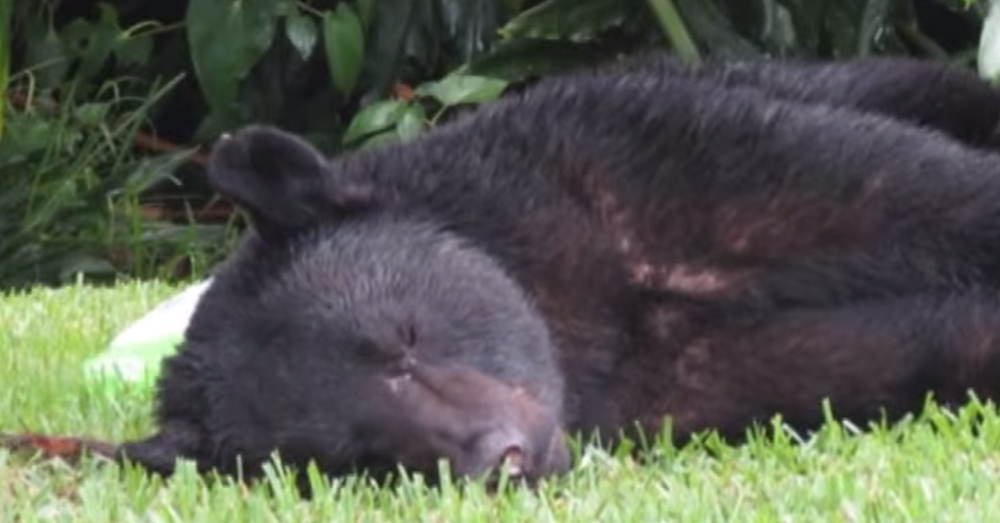 Source: YouTube/WFLA News Channel 8
After a big meal, the bear took a nap.

Bob’s neighbors enjoyed the visit, too.

“I was making noises and laughing and it would just raise its head. It could care less if I was there,” one resident said. “The pictures really tell the story.” 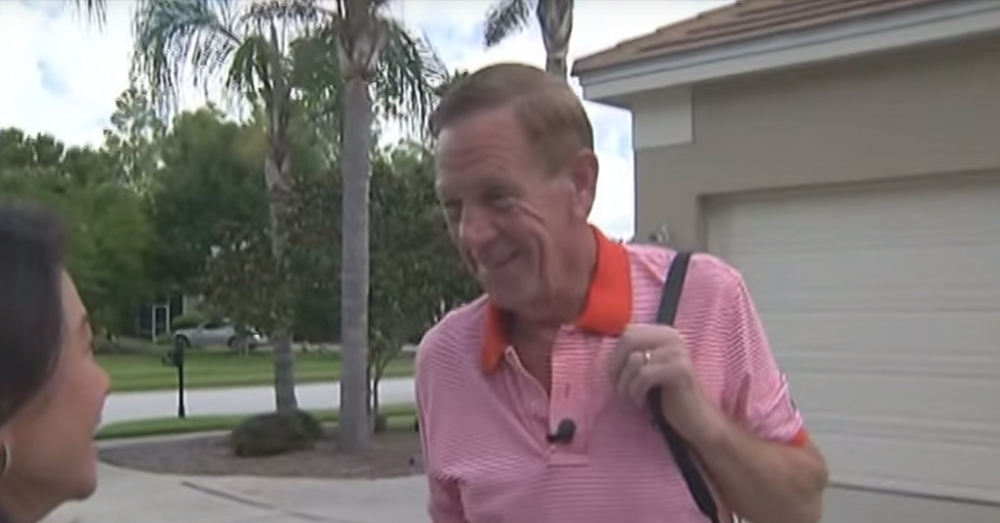 The news anchor that interviewed him afterward explained that he had trouble keeping the camera still. He was laughing too hard.