Since its creation in 2001, Boko Haram has been responsible for countless bombings, assassinations, and kidnappings in the name of their extremist ideologies.

The kidnapping of almost 300 teenage girls in Nigeria thrust the group and their crimes onto the international stage in 2014. The US State Department designated Boko Haram a Foreign Terrorist Organization the year before.

Boko Haram is strongly against Western culture and especially Western education. According to Foreign Policy at Brookings.Boko Haram — which translates literally to “Western education is forbidden” — was ranked the world’s deadliest terrorist group by the Global Terrorism Index in 2015, ahead of the Islamic State group (ISIS). Since 2009, this group has killed tens of thousands in Nigeria, and
displaced at least than two million others.

To advance their viewpoints, they resort to violence and intimidation to stop people from receiving a non-Islamic education. While their goal of establishing an Islamic caliphate in place of Nigeria’s current democracy is primarily a local aim, this group is not just Nigeria’s problem. Boko Haram has been recruiting from neighboring countries for over a decade.

“in 2012, Nigerian authorities arrested suspected sect members in Diffa, a Southeastern regional capital relatively near Maiduguri,” reports a study from The Brookings Project on U.S. Relations with the Islamic World. “Boko Haram reportedly paid Nigerian youth to join, and at times operated openly in some Diffa mosques. It dispatched preachers to Cameroon who sought followers through a combination of money and religious appeals. By 2013, Boko Haram had a presence in Cameroon, conducting raids and kidnappings. Boko Haram has seemed weaker in Chad, but assessing its trajectory there is complicated due to murky evidence and politicized rumors.”

As the protectors of international peace and security, the United Nations Security Council has a duty to aid Nigeria in stopping Boko Haram’s terrorist activities.

In 2017, by unanimously adopting resolution 2349 (2017), the Council strongly condemned all terrorist attacks, violations of international humanitarian law and human rights abuses by Boko Haram and Islamic State in Iraq and the Levant (ISIL/Da’esh) in the region, including killings, abductions, child, early and forced marriage, rape, sexual slavery and the increasing use of girls as suicide bombers.

The UN claimed that those responsible should be held to account and brought to justice, yet Boko Haram is still at large in neighboring Cameroon, Chad, Niger, and Nigeria.

Despite the counter-insurgency operations of the Multinational Joint Task Force, Boko Haram maintained the ability to carry out attacks and perpetrate violence against civilians through kidnappings, suicide bombings, improvised explosive devices and ambushes on towns and villages.

No one should be threatened with violence for pursuing an education.

Help us call on the United Nations Security Council to use every tool within their power, including the use of force to maintain or restore international peace and security, to support Nigeria so Boko Haram can be a thing of the past. Click below to make a difference! 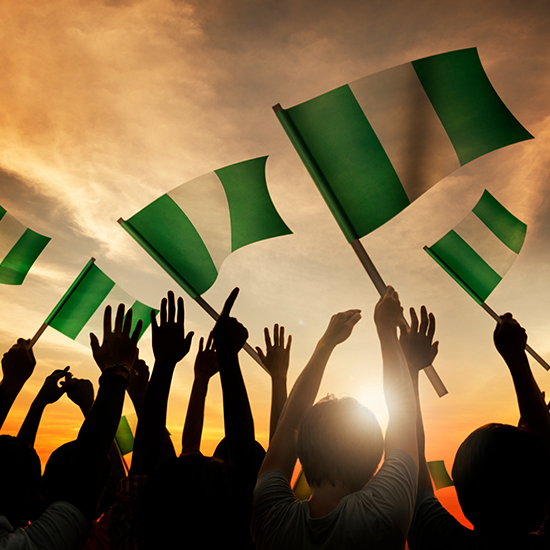 To advance their viewpoints, they resort to violence and intimidation to stop people in Nigeria and neighboring countries from receiving a non-Islamic education.

No one should be threatened with violence for pursuing an education.

Sign the petition and ask the UN to support Nigeria and end Boko Haram’s terror!