Flint, Michigan, set a horrifying precedent in 2014 when disastrous levels of lead water poisoning were left unmitigated in the public water supply, leaving families and children without access to safe water.

Tragically, Flint is not the only U.S. community that suffers from unclean drinking water, CNBC reports.

“Most people thought this must be a problem somewhere else, in communities like Flint, but not necessarily where I get my water and certainly not where my kid goes to school,” John Rumpler, senior attorney at Boston-based advocacy group Environment America, told The Center for Public Integrity. “It’s really important to educate the public about how widespread this problem is and how there’s likely a threat to their own children’s drinking water right where they live, whether it’s an urban community, a rural community or a suburban community.”

Scientific studies show that poisoned and contaminated water is becoming more common in schools across the U.S. This means young people are being exposed to dangerous chemicals throughout the day.

In Baltimore, officials at multiple schools have been using bottled water for drinking since 2007, when tests revealed the presence of elevated lead levels, the Baltimore Sun reports.

In 2018, water fountains in all 106 public schools in the Detroit Public Schools were turned off for over a year due to concerns about contamination, the New York Times reports. Access was only restored in late 2019, shortly before the COVID-19 pandemic required students to stay home.

These issues have exposed a need for federally mandated water testing in schools across the U.S., as there currently is no federal requirement.

The discovery of lead in drinking water can be alarming to communities, but ignorance presents a much more costly scenario.

The federal government could end up paying as much as $300 billion to clean up Flint’s water supply, with the city itself paying $400 million, Grainger reports.

The public health crisis in Flint prompted a spike in voluntary efforts to test for lead, but the majority of U.S. schools have no data on water quality. According to News21, 44 states do not require schools to check for lead.

Ensuring our children’s safety is more important today than ever.

Sign the petition and help us ask the Secretary of Education and EPA Administrator to work together and institute a nationwide requirement for water testing in schools. 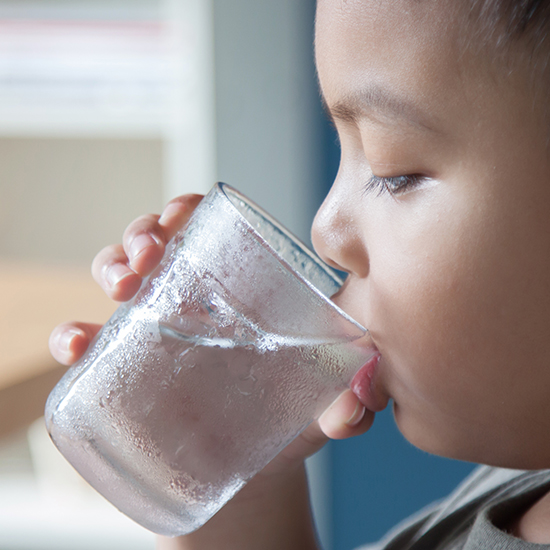 Poisoned and contaminated water is becoming more common in schools across the U.S. This means young people are being exposed to dangerous chemicals throughout the day.

The discovery of lead in drinking water can be alarming to communities, but ignorance presents a much more costly scenario.

Help us call on the federal government to mandate water testing in schools.