When it comes to paying for child care, the United States is falling far behind many developed countries.

According to the New York Times. rich countries contribute an average of $14,000 per year for a toddler’s care, compared with $500 in the U.S.

The average 2-year-old in Denmark is guaranteed a spot in daycare until they are 10 years old, for which their parents are given a 75% discount. The Danish government puts $23,140 annually per child toward care for children 2 and under, and supports parents who choose to stay home or hire a nanny, as well.

In the U.S., formal child care is less popular, perhaps owing to the average cost of $1,100 a month, with no guaranteed spot. Moreover, the government will not cover expenses for parents who choose to stay home or find another arrangement.

This disparity can have a massive impact on early development in children, equally affecting their potential later in life.

“Rigorous research has demonstrated that income supplements, such as a child tax credit, and direct investments in health care, nutrition assistance, and early education and child care can mitigate the effects of childhood poverty and have positive effects on children’s educational outcomes and their later adult health and earnings outcomes,” the Urban Institute reports.

Currently, just .2% of the U.S. G.D.P. is spent on child care for children 2 and under. That usually comes in the form of a $200 tax credit for a single family each year. The child and dependent care tax credit pays out more to families that make more, from $124 for the lowest earners up to $586.

Other comparable countries spend on average of 0.7% of their G.D.P. on children under 2.

“We as a society, with public funding, spend so much less on children before kindergarten than once they reach kindergarten,” said Elizabeth Davis, an economist studying child care at the University of Minnesota. “And yet the science of child development shows how very important investment in the youngest ages are, and we get societal benefits from those investments.”

Only the poorest working parents of children under 3 qualify for Early Head Start or the child care block grant assistance in the U.S., but less than 17% of eligible children ever receive the help, the New York Times reports.

Congress is currently discussing a spending bill that could help reduce the cost of childcare for American parents. The bill would cover all attendance costs at licensed child care centers for “the most hard-pressed working families,” and at least 93% of costs for families earning 1.5 times their state median income.

The American Families Plan, endorsed by President Biden, “will ensure low and middle-income families pay no more than 7 percent of their income on high-quality child care for children under 5 years-old, saving the average family $14,800 per year on child care expenses, while also generating lifetime benefits for three million children, supporting hundreds of thousands of child care providers and workers, allowing roughly one million parents, primarily mothers, to enter the labor force, and significantly bolstering inclusive and equitable economic growth,” reads a statement from the White House.

Conservative critics of the bill maintain that direct payments would support parents’ choices to enroll their children in child care or stay home. As well, the bill has been criticized for increasing taxes on businesses and wealthy Americans, for whom early child care is not a financial concern.

“I’ve been writing these reports saying this is a crisis for more than 30 years — it’s not new,” said Gina Adams, a senior fellow at the Urban Institute. “But the pandemic reminded people that child care is a linchpin of our economy. Parents can’t work without it. It’s gotten to a point where the costs of not investing are much, much more clear.”

The American Families Plan could make it much easier for millions of working families to afford care for the children who will some day lead this country. Click below to sign the petition and show your support for this important piece of legislation and American families. 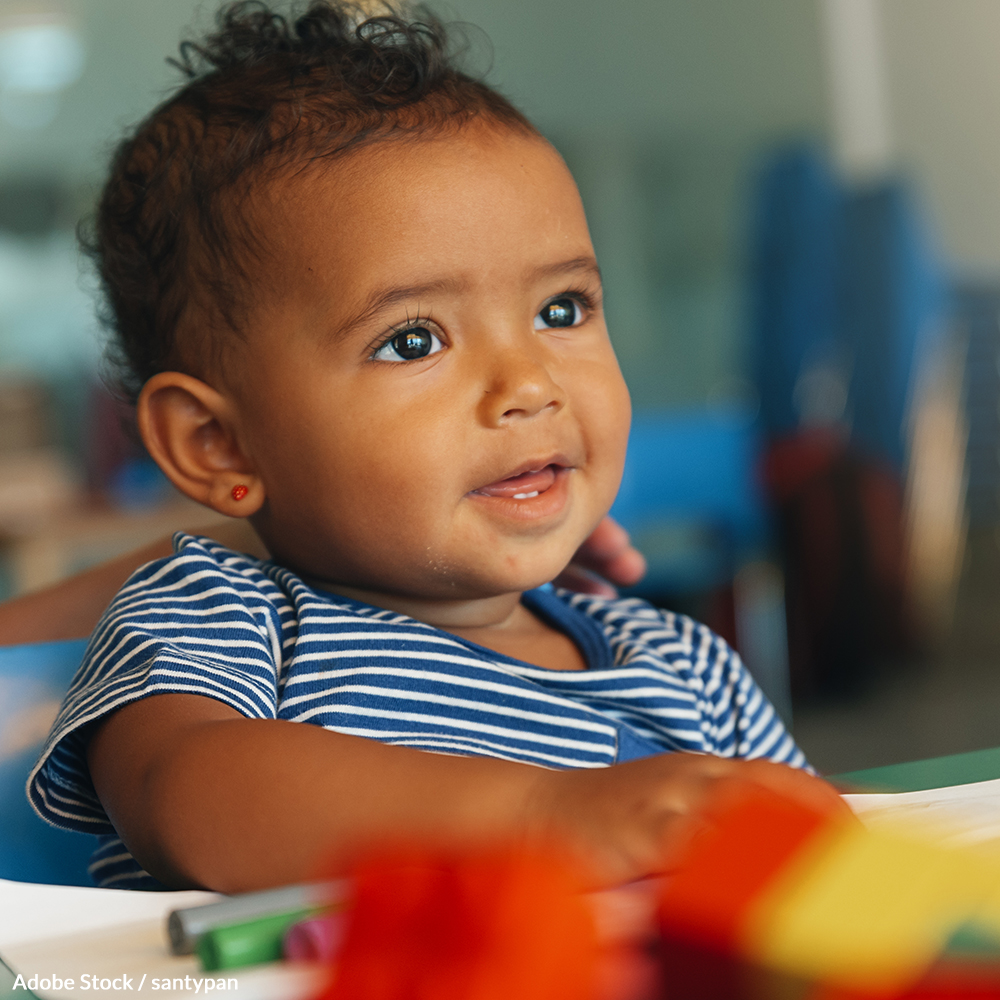 Children of low-income families are less likely to have formal child care. That amounts to millions of young children being left behind because of issues that are out of their control.

The American Families Plan could make it much easier for millions of working families to afford care for the children who will some day lead this country.

Support The American Families Plan and help parents of young children afford the costs of child care when they need it most!