The fast food industry is notorious for targeting children in their marketing campaigns.

“Multiple techniques and channels are used to reach youth, beginning when they are toddlers, to foster brand-building and influence food product purchase behavior,” reads another study from the International Journal of Behavioral Nutrition and Physical Activity. “These food marketing channels include television advertising, in-school marketing, product placements, kids clubs, the Internet, toys and products with brand logos, and youth-targeted promotions, such as cross-selling and tie-ins. Foods marketed to children are predominantly high in sugar and fat, and as such are inconsistent with national dietary recommendations.”

At a time when obesity is of great enough concern to be considered an epidemic, it’s important that our children grow up with healthy habits and nutritional guidance.

While adults are able to think more critically about their food choices, children can be easily influenced by gimmicks and advertising.

In the early 1970s, the Federal Communications Commission considered a proposal to ban advertising to audiences of young children but instead settled on limiting advertising time within children’s programming and restricting certain advertising practices likely to be the most persuasive.

A proposal to ban all television advertising to young children, citing research on how such advertising was detrimental to developmental health, was later shut down by Congress, under pressure from the television and advertising industry, reports the Task Force on Advertising and Children.

“While the FTC did drop its effort to restrict advertising to children, it stated in its final order that the issue of advertising to young children is one that should remain a public concern, given the compelling body of scientific evidence documenting young children’s unique vulnerability to commercial persuasion,” the task force report reads. “Since that time, the advertising industry has recognized the sensitivity of these issues in its own self-regulatory advertising guidelines, but this code is exceedingly vague, compliance is completely voluntary, and enforcement is not actively pursued.”

Help us call on the fast food industry to take responsibility for its role in childhood obesity and ask major fast food corporations to cease marketing to children.

Fast Food: No Marketing To Kids 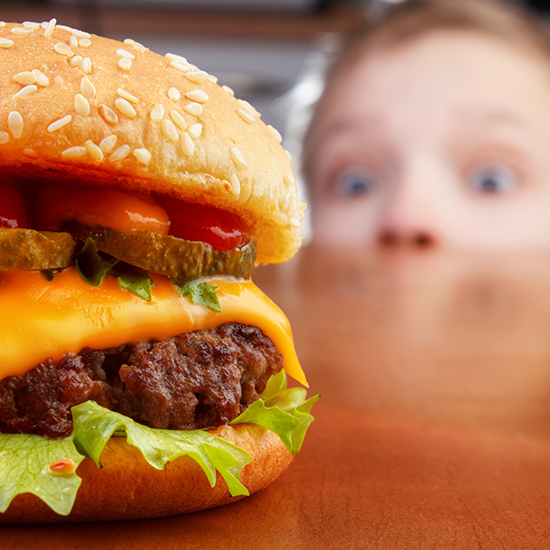 While adults are able to think more critically about their food choices, children can be easily influenced by gimmicks and advertising.

We need to call on the fast food industry to take responsibility for its role in childhood obesity.