A human chain was formed in Norman, Oklahoma when some 688 people got together to help a city library move books from one building to a new building.

The Norman Public Library Central had discussed the upcoming move on their Facebook page. Local residents were invited to help move the books from the location on one side of Andrews Park to a new facility on the other side. They even encouraged people to wear hollowing costumes.

Keith Merckx, the marketing and communications manager for the Pioneer Library System talked to Yahoo Lifestyle. He talked about the Norman Public Library Central opening in 1966. He also added: “There are people who have gone to that library their whole lives, so they feel a tie to it.” Merckx also discussed how the community helping with the move “provides a way to say goodbye to the building, and connects the old with the new.” 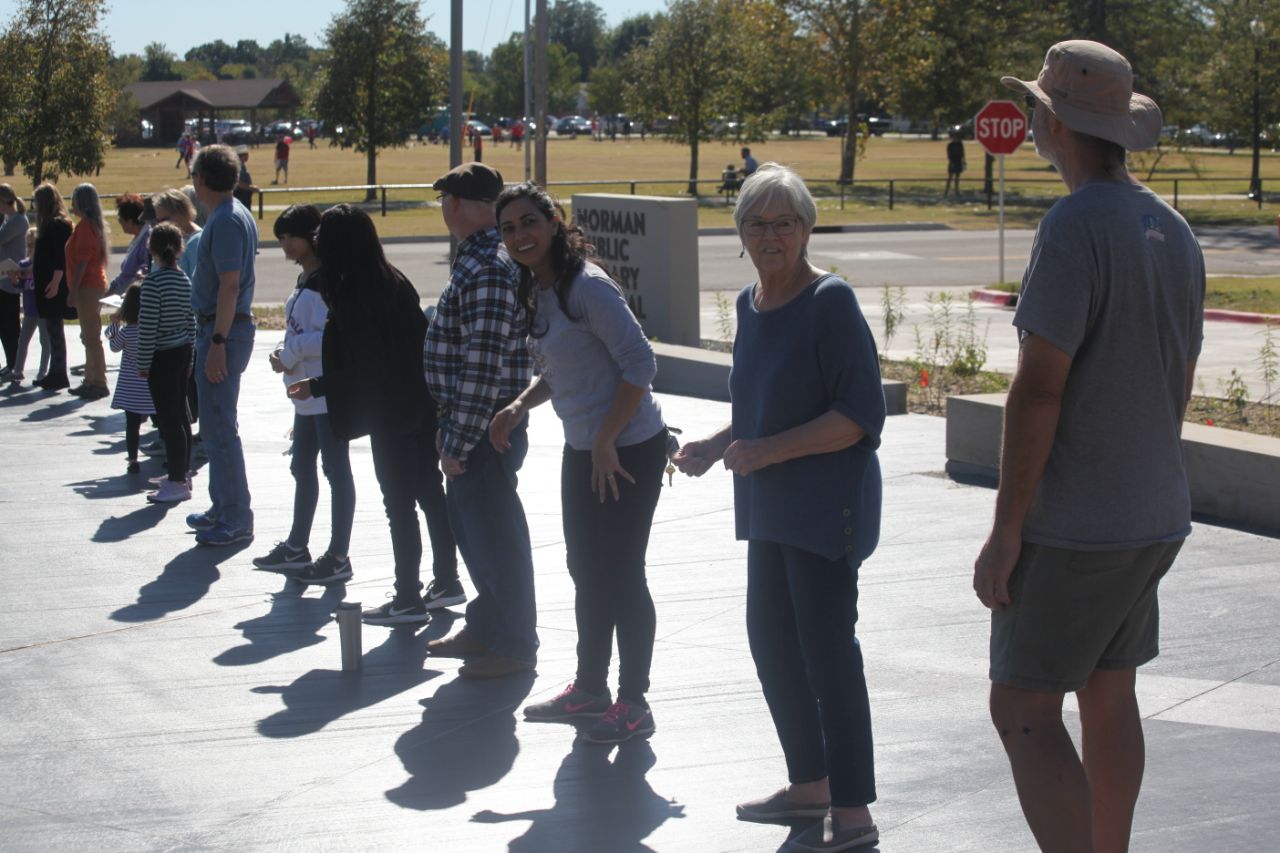 Approximately 650 volunteers showed up on Sunday, October 27 to pass 100 children’s books in a line that stretched 1700 feet from the old to the new. “Specifically what we moved were folktales and fairy tales,” Merckx says. “Those are books that we all remember from when we were young, or know if we are young now.”

A GoPro camera was attached to Chicken Little to capture the volunteers passing the book to its new location. The chain worked its way through the park, past kickball games and even across two streets. Local law enforcement was on hand to help stop traffic and keep the volunteers safe. As the supply of books dropped, people started carrying them over by hand.

Merckx talked about how delighted the library staff was to see how many people showed up for the event. “We had plenty of people to stretch from shelf-to-shelf,” he tells Yahoo Lifestyle. 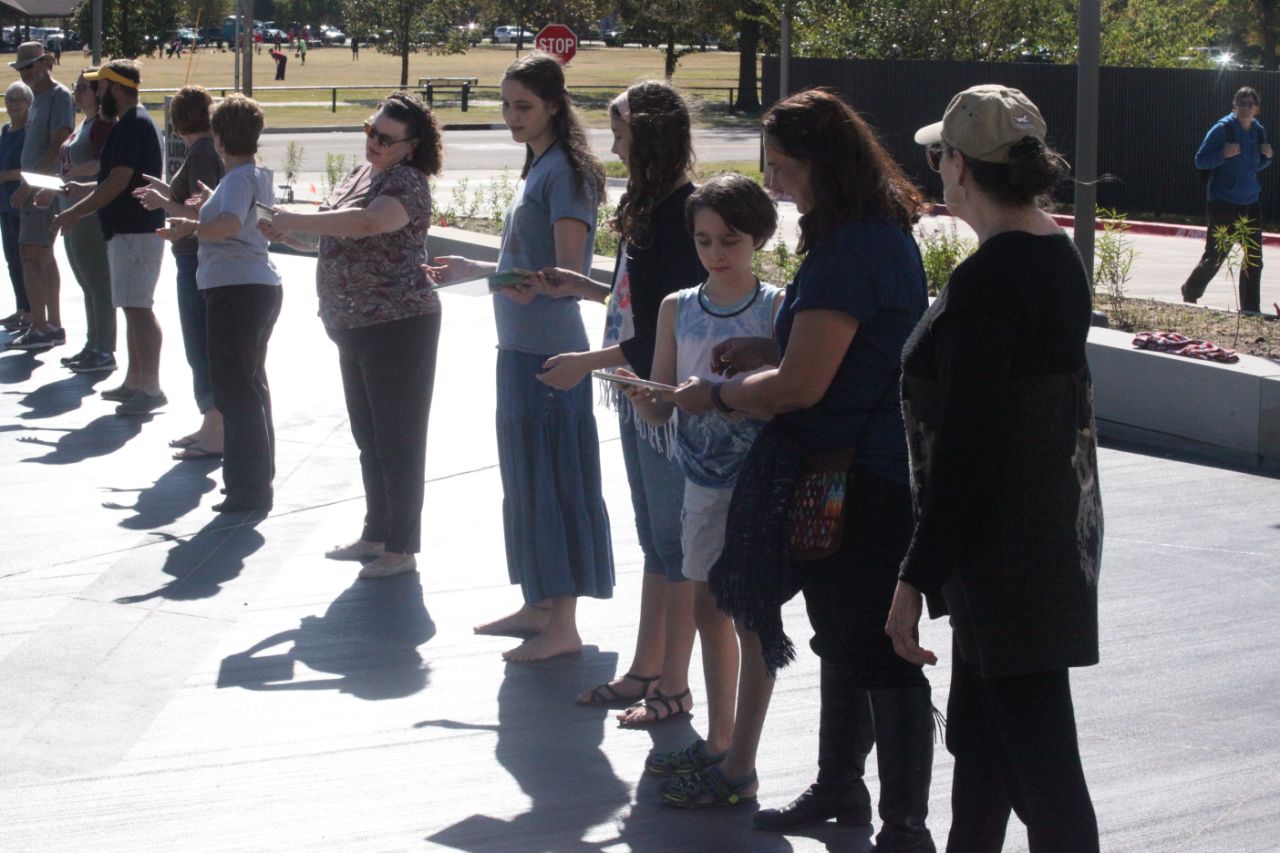 Sally Mae Johnston is one of the volunteers who talk to the Washington Post, saying “It’s my hometown library, and we wanted to be part of history,” later saying, “At the very end, we were told to take a book and put it on the new library shelf in its forever home. Doesn’t that just give you the chills?”

The new library as part of the construction of two new libraries, including one on the rural East side of town. The $39 million project found in the central library will be open to the public on Sunday, November 3.

All in all, the event was a huge success said Merckx, adding, “Everybody was happy.”