Have you ever wondered what school was like for children in 1917? What were they learning about…

Emerson High School in Oklahoma City built in the 1890’s was due for some renovations, but as construction workers began to remove old chalkboards they uncovered a gem from the past.

In four different classrooms, workers discovered perfectly preserved lessons on blackboards hidden underneath the chalkboards. The lessons were from over 100 years ago. 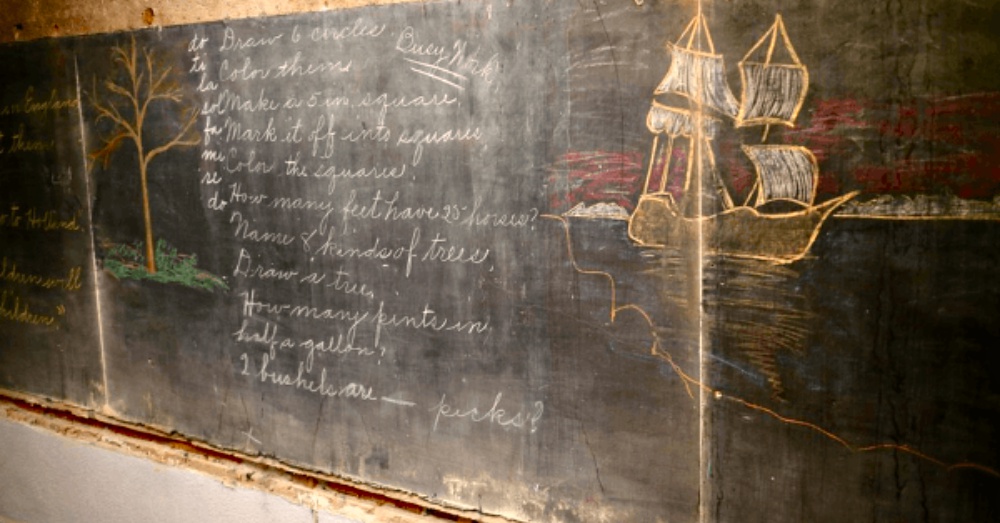 The color of the chalk and the images were so vivid that it was hard to believe they were from 1917. A calendar drawn on one of the boards was of December 1917 with images of pilgrims, ships and turkeys, so they must have been drawn during November of 1917. 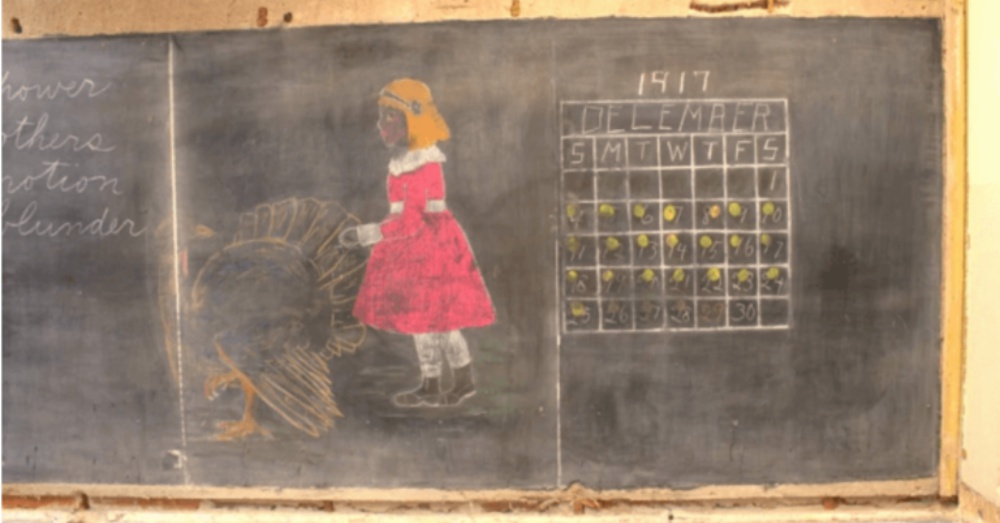 Principal Sherry Kishore said, “I got goosebumps, and then I got tears in my eyes, and then I sat in here and just stared because it’s really like, it was like walking into a time capsule.” 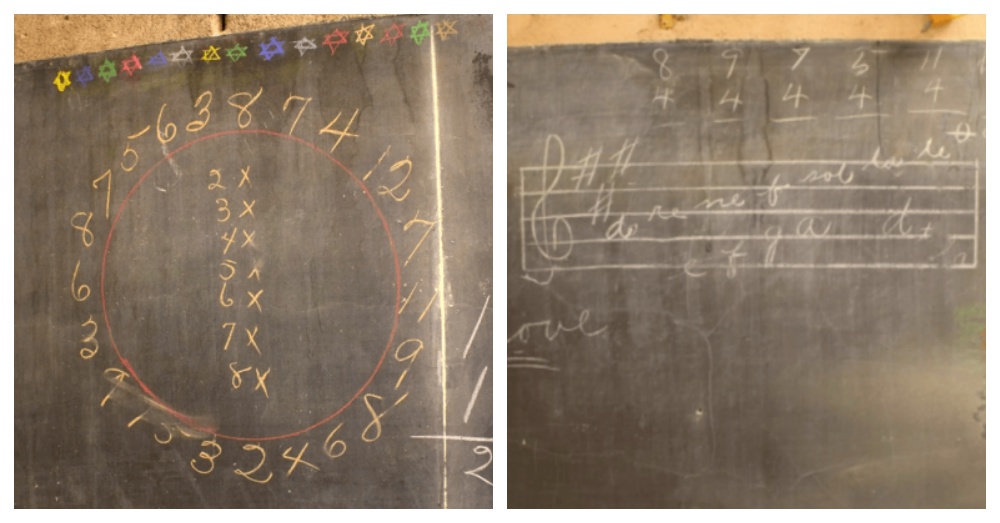 The other chalkboards displayed the perfect cursive handwriting of the teachers, a multiplication wheel that has stumped many, hygiene lesson, and a different take on the Pledge of Allegiance. “I give my head, my heart, and my life to my God and One nation indivisible with justice for all.” 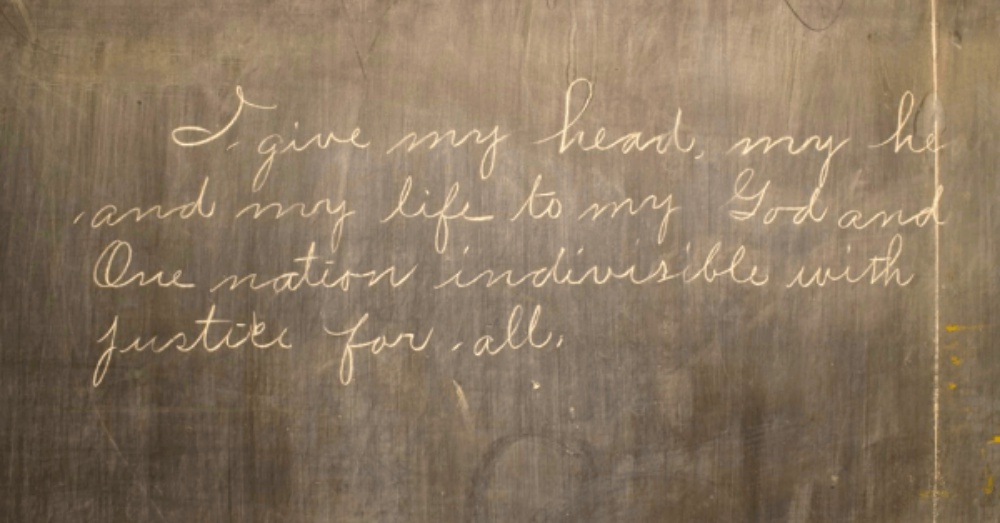 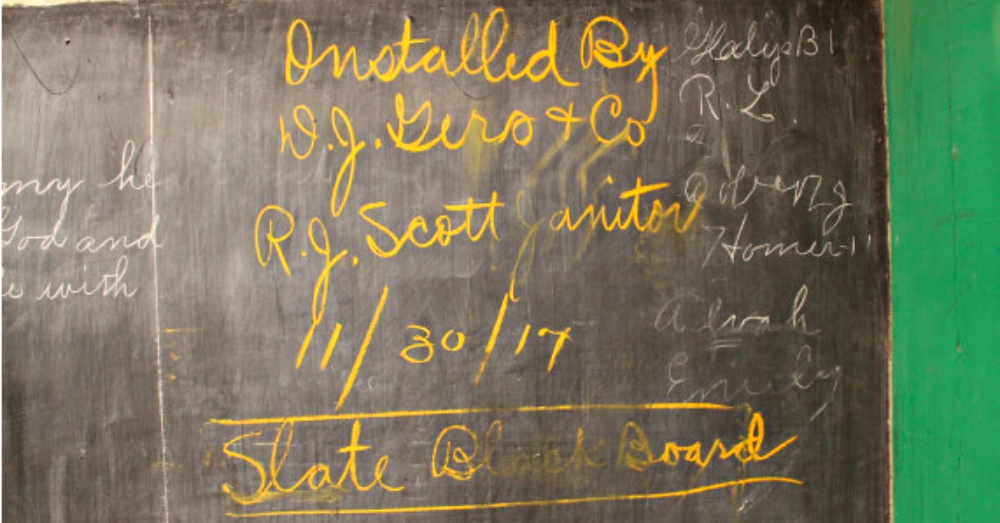 History is said to repeat itself and in some ways it has. Some of the lessons taught to children in 1917 are still taught to children today, but just with different methods. However, cursive handwriting has become something of a lost art. 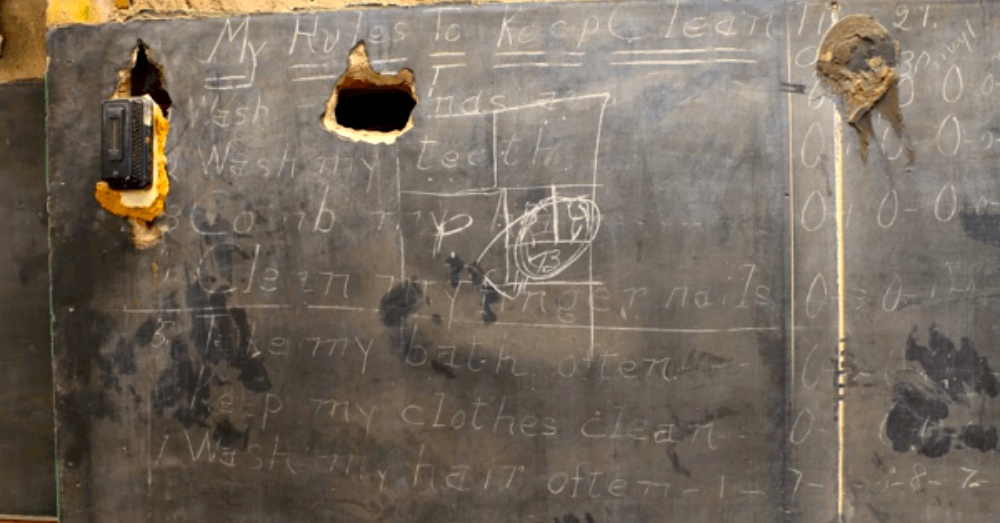 Cinthea Comer, a teacher at Emerson High School said, “We don’t know if anybody knew about the plan, but now we get to reap the rewards of his plan and get to see this beautiful work of art. That’s all I can call it, a work of art. It should be in a museum somewhere.”

While things like the multiplication wheel and hygiene tips are no longer taught, the lessons are something to treasure. The school preserved them to share with the rest of the world.

Couple Starts School Where Students Pay Their Tuition by Collecting Plastic Waste: Click “Next” below!