Freedom of speech is under attack in Turkey.

Though ambiguous and antiquated laws to silence media critical of the government in Ankara, journalists are imprisoned as terrorists, and their work dismissed as enemy propaganda. Those fortunate enough to avoid incarceration still face the threat of legal repercussions for publishing dissenting opinions or critical analysis.

Consequently, an atmosphere of fear and self-censorship prevails among Turkey’s journalists. In one prominent case, authorities jailed Soner Yalçin, owner of the critical Oda TV, and several of his colleagues for two years before they were released pending trial.

As Amnesty International reports, In 2013 when huge protests erupted in Istanbul against the destruction of Gezi Park, a major news station was broadcasting a nature documentary about penguins instead of covering the protests. Journalists who covered issues critical of the government lost their jobs, and the media outlets they worked for gutted of all objectivity1.

According to the MEI, this regulation places the burden of censoring content on social media firms themselves. The platforms may reject effacement requests, but the amendment requires an explanation as to the grounds for denial within such a narrow response that detailed responses are not possible. Further, the fact that social media platforms must appoint Turkish nationals as government representatives invites government-led censorship of speech.

“This law comes amid a steep degradation in internet freedom over the past decade in Turkey and could be the nail in the coffin for online freedom of speech,” said Cathryn Grothe, a research associate working on Freedom House’s Freedom on the Net project. “This is a move towards cyber-authoritarianism.”

Social networks will be obliged to turn over user data, including for anonymous accounts, to authorities if criminal cases are launched, Politico reports. With all that user data now stored in Turkey, it won’t be hard for the government to access it.

“Storing users’ personal data on Turkish servers puts it within easy reach of the authorities, and since the judiciary has lost much of its independence, this could have negative implications for people the government may want to keep a close eye on,” Grothe said.

The precedent for these new rules comes from the “right to be forgotten” established by a top European court in 2014, the Committee to Protect Journalists reports. This law allows people and companies to petition to have information removed from the internet, so long as it is deemed not critical to public interest. Written broadly, this standard can also be used to suppress journalism and free speech.

The social media amendment to Turkey’s Internet Act has streamlined the way courts can order news reports to be blocked or removed from websites without a hearing, while increasing penalties for non-compliance, local journalists and censorship, the CPJ reports. News outlets are not subject to the same multi-million dollar fines as social media companies, but could still face penalties of up to 100,000 Turkish lira (US$13,000), if found non-compliant.

Recent surveys show the Turkish public already harbors a distrust of media. In a 2019 Ipsos poll, 55 percent of Turks reported that they trust television and radio less than they did 5 years ago, with 48 percent reporting the same of online news websites and platforms. Moreover, the extent of this distrust is the same between different age groups and political affiliations.

As The Center for American Progress reports, “Pervasive mistrust of the media appears to be a driving force behind rapid changes in the ways that Turks get their news. In particular, mistrust is pushing citizens toward online media sources that tend to be more independent of the government.”

With more than 120 journalists and other media workers imprisoned, and thousands more unemployed following the closure of 156 media outlets, independent journalism in Turkey is hanging in the balance, Amnesty International reports.

The people of Turkey fear imprisonment for criticizing authorities, newspaper columns and TV news shows contain little vocal dissent nor strongly diverse views. Now, social media, once an effective means of grassroots communication and organization, is becoming a weapon of the government.

It’s time to take action! Click below to sign the petition and demand an end to media censorship in Turkey! 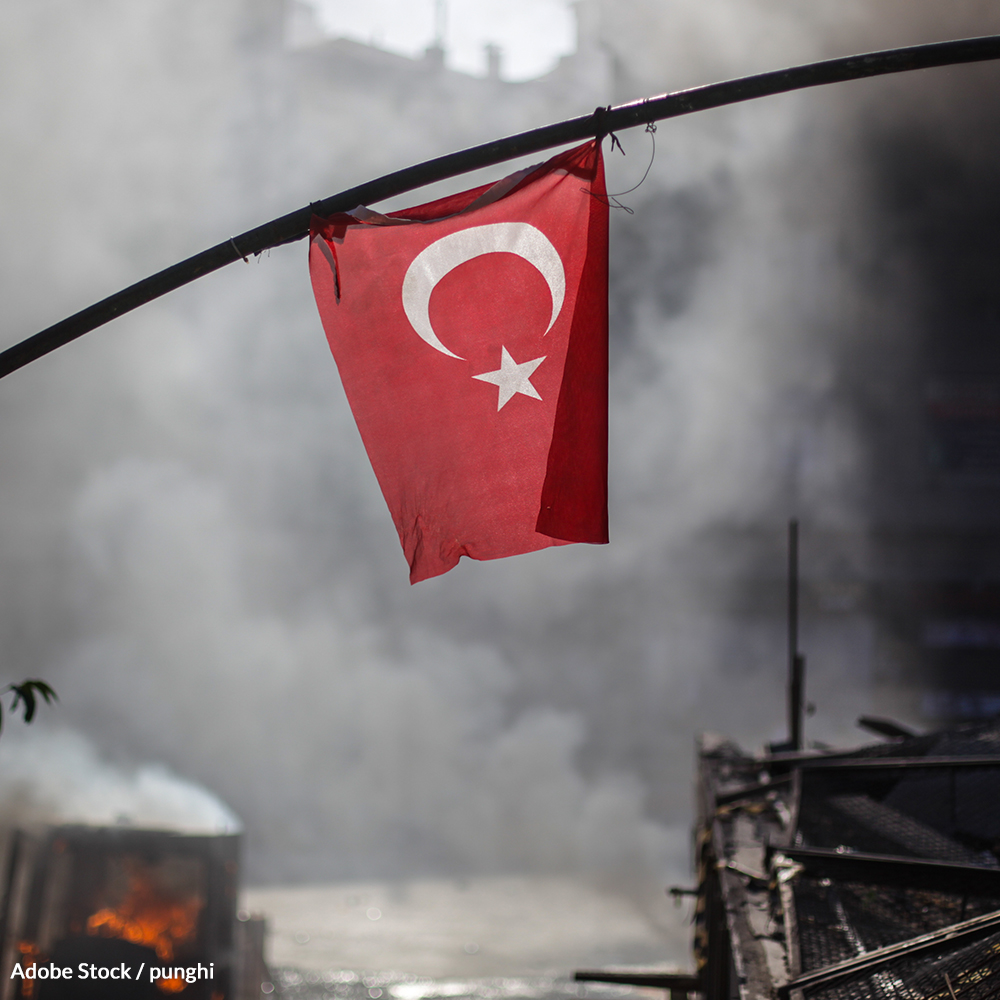 The people of Turkey are seeing their freedom of speech removed day by day.

The social media amendment to Turkey’s Internet Act has streamlined the way courts can order news reports to be blocked or removed from websites without a hearing, while increasing penalties for non-compliance, local journalists and censorship

Sign the petition and end media censorship in Turkey!