Unfortunately, since 2005, public library usage has fallen 30%. However, for the most part, people are still heavily reading. Even though libraries are being abandoned in favor of eBooks, people forget just how much public library patronage can save you in terms of money.

Even though eBooks are generally much cheaper to purchase than the actual paper version, they’re still more expensive than that special trip to the library. To highlight how much you can save, one library decided to list out exactly how much money their customers would be saving by using the library services.

“Just noticed that my library keeps track of how much you save by not buying books and borrowing instead,” Reddit user penguinska9 posted earlier this week.

Penguinska9 included a picture of their receipt, which showed a savings of $164 on that trip alone, plus $1,300 in the past year, and more than $7,000 since they began using the library. 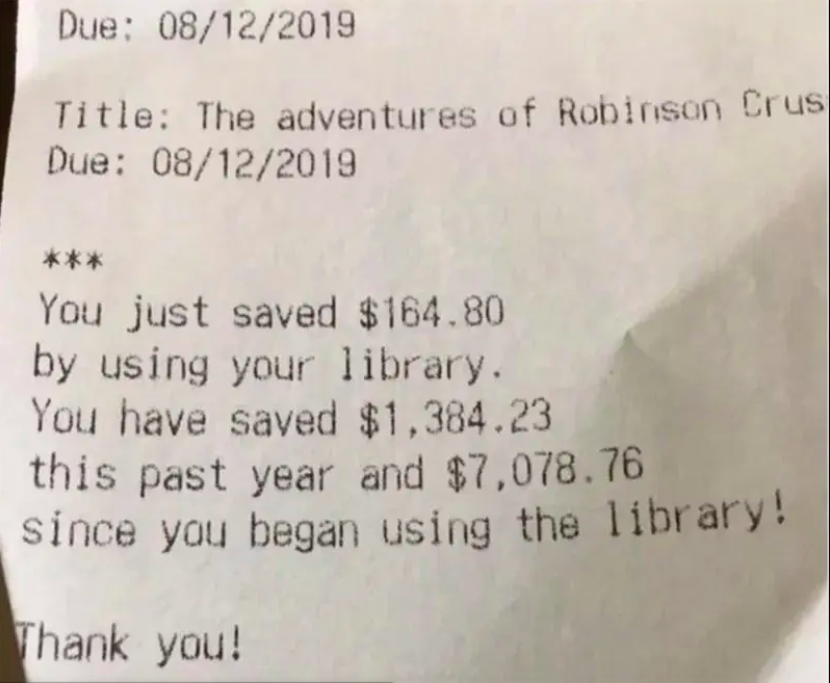 The Reddit user explained that they have a family of six and that using the library account for six people is why they managed to save so much money. “There are six people in my family so a trip to the library every week really adds up,” they wrote.

Wichita Public Library did something similar in order to help their customers visualize all the savings that would be provided if they used the library services. 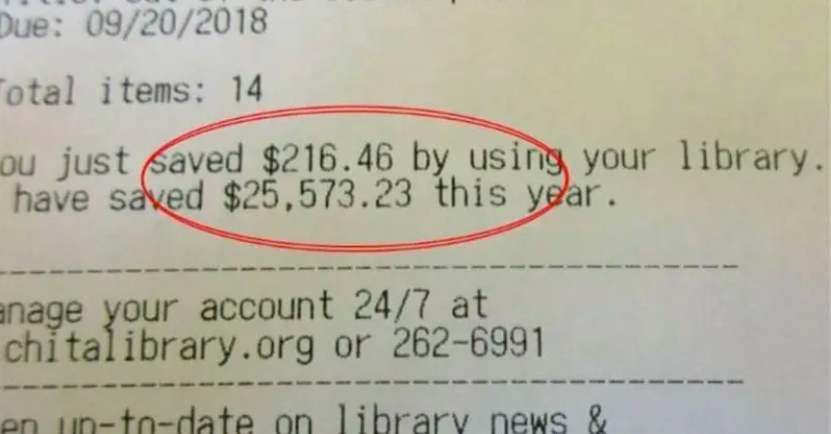 Reddit users are loving the idea of saving so much while still reading.

One person commented, “Wow that’s brilliant! Seeing those figures might encourage more people to use a library!”

Think I will be starting to go back to the library myself. What do you think?