Professor Godric Gryiffindor was one of the four founding wizards of Hogwarts School of Witchcraft and Wizardry, and his legacy lives on in the famous Sorting Hat in the Harry Potter book series.

But now there is something in the real world that will represent this fictional character forever: a new spider species.

In the Kan forest in southwestern India, a team of researchers from Mumbai discovered an incredibly unique-looking spider species that was previously unknown to the world. The spider looks exactly like the Sorting Hat from Harry Potter, which prompted the team to give it the wonderfully appropriate name of Eriovixia gryffindori. The resemblance is uncanny.

This crazy-looking arachnid is very small, just a hair over a quarter inch long, and it typically uses its unique shape to help camouflage itself amongst dried leaves on the forest floor, hiding from predators during the day.

In their study paper, the researchers gave one of the best reasons for naming a spider after a fictional wizard: “An ode from the authors, for magic lost, and found, in an effort to draw attention to the fascinating, but oft overlooked world of invertebrates, and their secret lives.”

Take a look at the spider below! 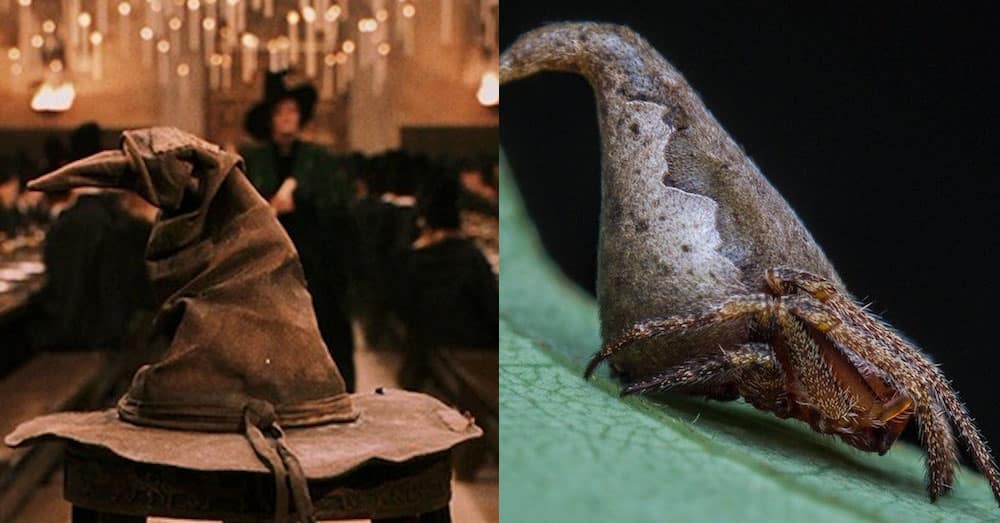 Check out a bunch of other insects that were named after famous authors, here!

Andrew Terpstra grew up on Zoobooks and National Park excursions, so the outdoors and wildlife became a big part of his life. Now he is trying to help whomever he can, and the causes he holds dear, with the words he writes.
Whizzco