Teacher Has To Panhandle To Get School Supplies She Needs 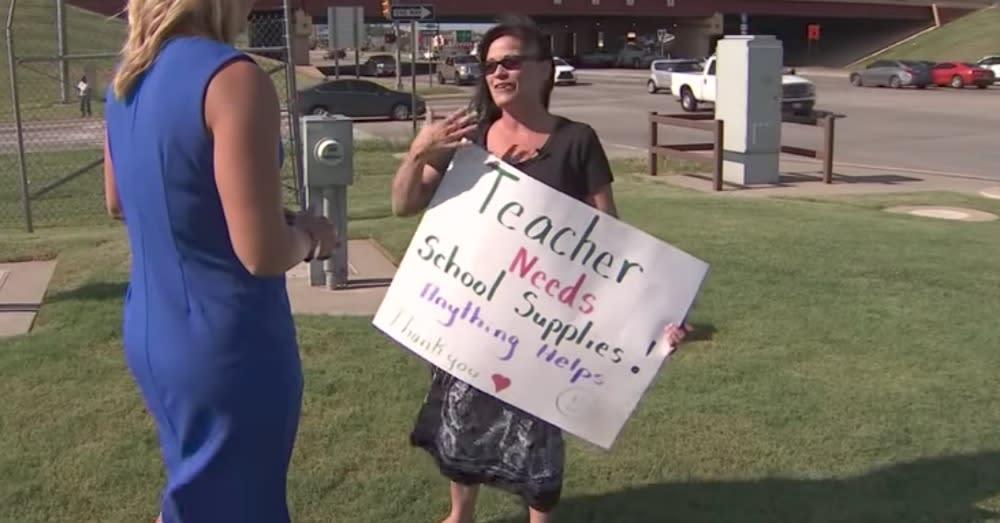 Danks’s story, which was first reported by FOX 23—the FOX affiliate in Tulsa, Oklahoma—was shared across the country, and people who saw the story wanted to help any way they could. A few days after the story aired, Teresa Danks met with the Bailey family from Ohio, who were visiting Oklahoma in late July, so one of the family members, Trisha asked if they could meet Danks in person. When they met, the Bailey family offered her $100 to give her a hand with the cause.

A few days later, Danks was invited to come to ABC’s morning show, Good Morning America for an interview. During the interview, a company called RetailMeNot.com gave her $3,000 for her cause. Danks announced on the show that she is starting a foundation to get school supplies for teachers. Her organization already has a GoFundMe page set up.

More Americans Went To The Library In 2019 Than The Movies: Click “Next” below!

Avi Forstein is a loud and funny person who enjoys listening to podcasts, the Green Bay Packers, Batman and playing party board games. His dream job is to be a game show host or a Power Ranger. He reminds everyone to "Watch Out For Snakes".
Proper greatergood_ctg_belowcontent
Proper greatergood_ctg_footboard